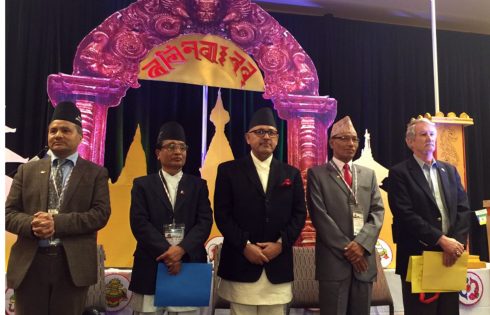 Baltimore (America), March 30: The second international conference of the World Newa: Organisation concluded in Baltimore of the United States of America on Wednesday with a seven-point declaration.

The conference also chose a new leadership of the organisation with Sijan Shrestha being elected as chairman. Likewise, Daya Ratna Shakya, Dr Narayan Raj Bhandari and Swayambhu Ratna Tuladhar have been elected as vice chairmen. Subash Shrestha has been picked as general secretary and Krishna Chakhu is public outreach officer.

Meanwhile, newly elected chairman of the organisation Shrestha said that people from Newar community, who are living in 173 countries across world, would be taken together ahead.