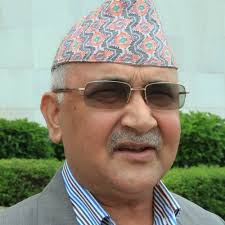 Banepa, June 6: Prime Minister KP Sharma Oli has said the government would not change until the parliamentary election was held in coming January.

Talking to media persons after participating in the 72nd senate of the Kathmandu University on Monday, PM Oli made it clear that there was not any gentleman agreement regarding the change of government.

“Government is not permanent, but the date of the government change is not fixed,” he added.

The University senate passed the budget of Rs 3.32 billion for the coming fiscal year.