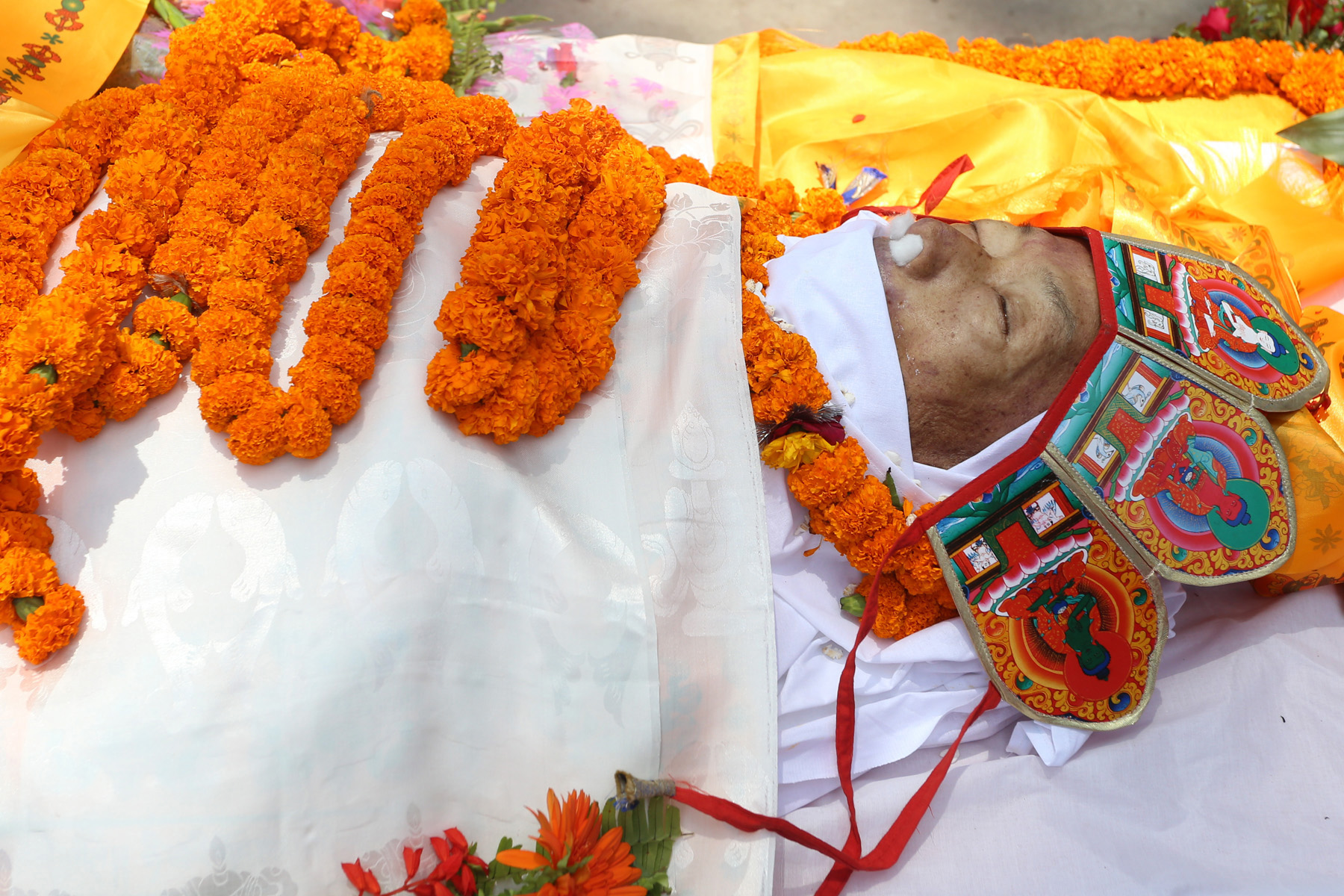 Kathmandu, June 7: Senior musician Amber Gurung was cremated with National Honours at Pashupati Aryaghat this evening, following both Hindu and Buddhist traditions.
His eldest son Kishore lit the funeral pyre and the last rites were performed amidst the chanting of mantras by Buddhist monks.
Earlier, Deputy Prime Minister and Minister for Defense Bhim Bahadur Rawal draped the late musician’s body with the national flag while a contingent of Nepali Army and Nepal Police offered a guard of honour. A large number of people including personalities associated with the music sector and the general public was present to bid final farewell to late Gurung.
The mortal remains of Gurung had been kept at the Nepal Academy premises from 11:00 am to 3:00 pm today for those wishing to pay their final respects. Gurung passed away in course of treatment at Grande hospital this morning.