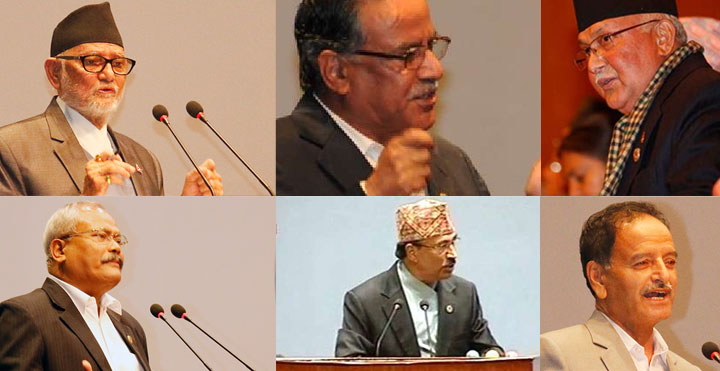 At an interaction organized at Reporters’ Club in the capital city today, Nepali Congress leader Dr Minendra Rijal said Nepali Congress, as the biggest political party in the Legislature-Parliament, would play leading role for the effective implementation of the constitution.

He expressed grave concern over CPN-UML’s party interest on the appointment of the judges. “How just and justifiable it is to claim the hearing is good when it is as per party interest, and bad if it is against party interest,” he wondered. He also accused the government of slowing down the reconstruction activities.

On the occasion, UML leader Pradip Gyawali said it has been quite late for the political parties to delineate provincial units, hold local body election and formulate laws as per the changed constitutional set up.

He argued that NC, a responsible party, must not be the obstruction to holding the parliamentary hearing on appointment of judges at a time when the cases have piled up in the Supreme Court.

Leader Gyawali further claimed that until the atmosphere was created for the national consensus government, the present government would continue till Magh 2074BS. “Pushpa Kamal and Sher Bahadur Deuba have been plotting to collapse this government,” he blamed.

Co-Chairman of Nepal Sadbhavana Party, Laxman Lal Karna, said they were ready to sit for a dialogue once the atmosphere was made conducive. He blamed the government of focusing on the appointments of judges while ignoring the implementation of the constitution.