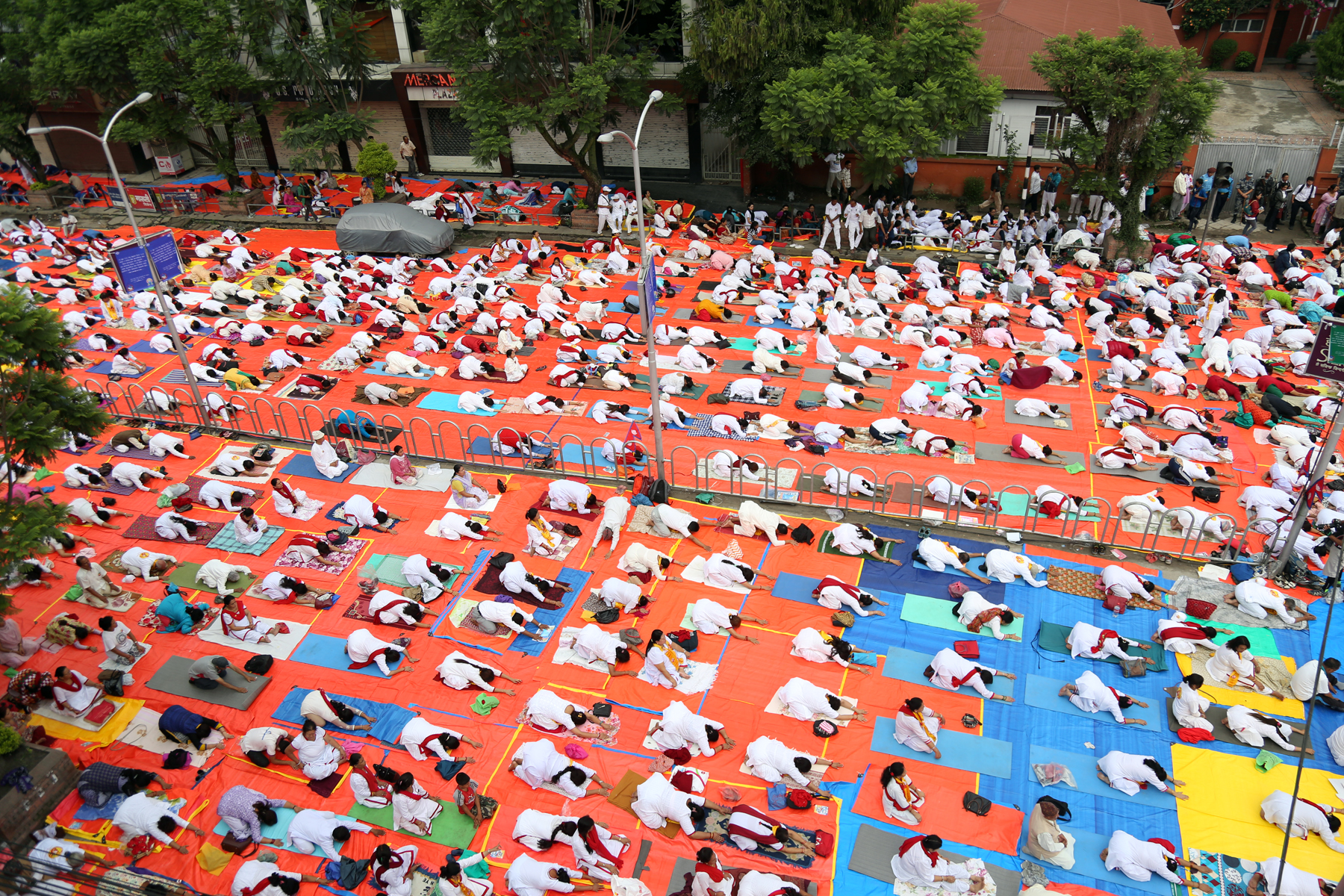 Kathmandu, June 21: A five-day Yoga camp has kicked off at Bankali, Pashupati, in the capital from Tuesday on the occasion of the International Yoga Day.
Inaugurating the festival, Minister for Culture, Tourism and Civil Aviation, Ananda Prasad Pokharel said that yoga would help encourage taking the society to the pathway to positive transformation.
Minister Pokharel further said that yoga practice was necessary for the attainment of peace and prosperity in the society.
Despite secular nation Nepal is an origin of Hindu and Buddha philosophy, he added.
Several teams from Netherlands, France, the UK, Spain and India had performed different postures of yoga as well as hymn on the occasion.