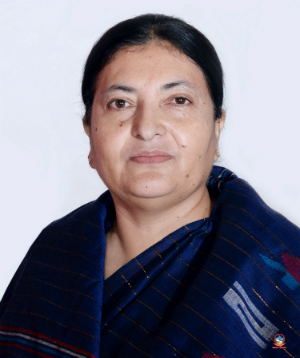 Kathmandu, June 13: President Bidya Devi Bhandari has underlined the need to make Nepali media well-managed and reliable.
President Bhandari said this while talking to a delegation of journalists that reached Sheetal Niwas on Monday evening after attending a seminar on ‘Mass Media Policy and its Future Course’ organized by the Ministry of Information and Communications.
The President said that the media should be made transparent, accountable and answerable. “It is the responsibility of media to make people informed about the truth. I am confident that you (journalists) would disseminate news and views to promote harmony, fraternity and brotherhood’, she told media workers”.
Urging the journalists to build public opinion for strong national security and unity, she expressed her hope that the government would seriously take the issues of working journalists’ rights, welfare and wage. The government should look after the private media alongside government media with special concern, President Bhandari said, adding, “The State should give special emphasis on media operated in the remote areas”.
On the occasion, Minister for Information and Communications Sherdhan Rai shared that the media policy is being formulated in line with the letter and spirit of the constitution and that it would address the issues of media sector.